The Chernobyl nuclear power plant reactor exploded on April 26th 1986, creating chaos, extreme pain, and suffering, but at the same time allowing major advances in the human application of BAC. The disaster was a major event in the life of Mr. Kiriac and his family, and of course for the USSR at large. War measures were enacted for all of Russia after the explosion and were maintained for months. 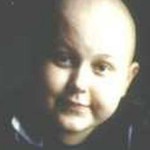 The extent of the disaster was increasing everyday and its potential spread remained unknown. Mr. Kiriac and his family lived 500 km (about 300 miles) from the epicenter and were subjected to radiation directly as well as through the local food from plants and animals. Both his children, Rodika and Stefana, were affected like most local children. Both daughters had marks on the head and body. Rodika, then seven, was losing up to two-inch wide patches of hair.

Mr. Kiriac fed BAC to his entire family, putting them on daily rations of the thick paste concentrates, fresh from the bioreactor. To this day, the oldest daughter, Rodika, can still remember the strong smell and taste of BAC. She is very grateful to her father for providing his wonderful invention to the family. Today, both daughters are healthy, beautiful young women.

When disaster struck at Chernobyl, Ukraine, not only was the region around the reactor affected, but the neighboring state of Belarus received 70% of the radioactive fallout and 23% of its territory became contaminated. Hundreds of cleanup workers and thousands of children and adults were victims of radiation poisoning which resulted in birth defects, leukemia, cancer, and thyroid disease, degeneration of spinal fluids, liver and bone marrow, as well as anemia, loss of vision and appetite, and a severely compromised immune system.

Because of his previous success with BAC and various cancers in many animal species, and with humans in smaller scale clinical studies, Mr. Kiriac was able to work locally with adults and children from neighborhood schools that were suffering from radiation exposure.

BAC was administered in therapeutic doses, and Mr. Kiriac, working with a small team, was able to closely monitor the regenerative power of BAC. Several health improvements were noted:

Amazingly, there was health restoration even when children’s disease was so advanced that their eyeballs where bulging out of their sockets. In addition, the healing occurred during continuous presence of radiation as well as contaminated food and water sources.

Many people died as a result of the Chernobyl explosion, but the miracles were numerous. Given the super nutrients in BAC, rapid health progress was observed and many of the victims survived and are alive today.

Mr. Kiriac remarks, “It is important to note that the Chernobyl disaster is still ongoing. Even though the exploded reactor is “sealed” in concrete, radiation continues to escape not only into the local atmosphere, but due to winds, into the world atmosphere as well.”